Sheila Barker needs no introduction to anyone even vaguely familiar

with the world of dance. Dance Teacher magazine recently answered a

or influence.)
Sheila has been an educator, choreographer and performer for many

years in such places as Brazil, Japan, Mexico, Canada, Europe and

across the USA, with her home base being New York City’s Broadway Dance

Center. She received a BFA in dance and has extensive training in Jazz, Ballet,

Modern, Tap, African/Dunham and Musical Theatre. Her performance background ranges from Broadway (Uptown, It’s Hot!, choreographed by Mercedes Ellington -- Sheila was also the dance captain.) and Off-Broadway to industrials, music videos and soap operas (One Life to Live).
Sheila has choreographed many industrials, music videos and stage shows for recording artists, and recently appeared in concert with Savion Glover in Invitation to a Dancer. Sheila is co-founder and director of Success America, a New York summer intensive program for young inspiring dancers. It has placed many youngsters in shows such as: Smokey Joe's Café, Footloose, Big, Contact, The Music Man, and Radio City Music Hall.

Danielle Sten-Guillermo develops inspiring contemporary compositions that are sought after by other innovators, contemporary companies and educational institutions. She strives to be an innovator of new ideas, styles and techniques - pushing the boundaries of movement and beauty - rather than a follower of the present day trends. Her work has been performed on the stage at the Joyce Theater in New York City, and in the scenes of Disney Channel movies, representing her versatility in the industry. Danielle has been blessed to work along side 2 time Emmy-nominated choreographer, Christopher Scott in film, music and television. She was his Assistant Choreographer and Dancer in the Disney Channel Original Movie, "Teen Beach Movie" and its sequel, "Teen Beach 2", as well as in "Lemonade Mouth". Her television credits as Assistant Choreographer include SYTYCD Season 8 Finale Show, ABC's "Good Morning America" and "The View", and as a dancer for music icon, Gloria Estefan, on "The Rosie Show", "Nuestra Navidad", and "The View". Danielle was also a dancer in Gloria Estefan's "Wepa" music video. Early in her career, Danielle had the privilege of dancing for Paula Abdul.
From the streets of Baltimore to the bright lights in Hollywood, Lance Guillermo has performed and choreographed his way to being a well-respected and sought after hip-hop dancer and choreographer, striving to be a true original in his field. His multi-faceted career in dance spans music, film, and television. Lance’s television credits include being Assistant Choreographer to 2 time Emmy-Nominated choreographer, Christopher Scott for Disney Channel’s, “Shake It Up”, ABC’s “Good Morning America”, and “The View”. He performed with music icon Gloria Estefan on “The Tonight Show with Jay Leno”, “The Rosie Show”,

“Nuestra Navidad”, and “The View”. Lance

performed in the 2008 Teen Choice Awards as a

(Moose), and the world famous “Jabbawockeez”.

“Wepa” music video, and Ciara’s “Get Up” music

video. Lance was a featured dancer in Touchstone

to Christopher Scott, and featured dancer in Disney

also had the pleasure of dancing for Lady Gaga

at the Wonderland AIDS benefit in LA. 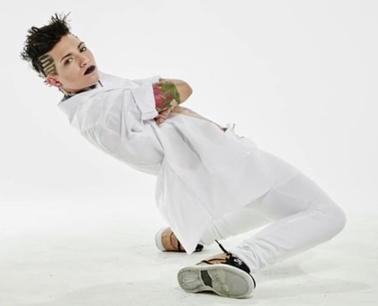 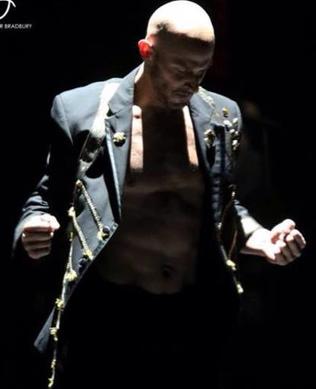 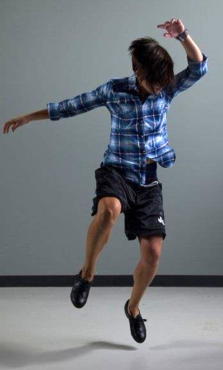 Megan “Megz” Alfonso is best known for her

Top Six Finish in Season 12 of "So You Think You

Can Dance," and she is now an in-demand guest

teacher and choreographer all across the country.

and Cynthia Geffon and traveled all over the

US/UK touring with Deca Dance Company.
You can spot Megz in the movie Step Up 3D,

and she is currently working with Matrix/L’Oreal

as a Model, Dancer, and Choreographer. She is

also choreographing and dancing for singer,

Raquel Castro, from “The Voice”. She was on

Fox 5 dancing for her crew “Decadance Company ” and performed at The Apollo Theatre in a piece called “Four Seasons” for the hip hop festival, She also performed in the Off-Broadway hip hop show

”The Hip Hop Nutcracker”.
Megz aspires to continue training and bettering herself as a dancer, teacher and choreographer so that she can achieve all of her goals for her future and inspire others to do the same.

and instructor for many Tap Festivals and workshops, and with such

organizations as Danny Wallace and Anthony Russo's "Tap The Map"

Her professional career began at age 18, as a featured performer in

for theme parks.  Soon after, she was the youngest choreographer/creative

named "Pulse" which toured for over 3 years.
Between teaching and starting a family, she auditioned on a whim for

Season 3 of SYTYCD, and landed in the top 24 females in Las Vegas. Upon

returning, doors began opening and her career as a guest teacher/

company focused on expanding, progressing, and preserving their art form.  Through community outreach, classes and workshops, they strive to provide quality education to kids and seasoned tappers all over the country!  Now, ProtoTap is thrilled to have 15 junior members that train alongside them.
In 2014, Tap Dance Tutorials aka "#BRINGTAPTOTHEPEOPLE" was born. After years of the universe whispering, Kaelyn decided it was the right time to launch her first series of unique classwork and material, and make it available to tappers and teachers all over the world.  Within 2 weeks, and thousands of downloads, she knew she had found a wonderful way to share her passion!

Denise Caston was a Radio City Rockette for 10 years and toured nationally with the Tony Award winning musical, Crazy For You. Denise has also had the honor of performing the choreography of Savion Glover at a showcase in New York City. She performed on tour in Australia, dancing all over the continent in Elvis to the Max. Her choreography has been seen in many

productions in which she performed, including

and industrials. Teaching credits include classes at

and the St. Louis Tap Festival, as well as The

Rockette Experience© at Radio City Music Hall.
In 2011, Denise was invited to speak at the

TEDx Detroit Conference about her contributions

to the cultural landscape in Detroit, including

and founding the Detroit Tap Repertory. 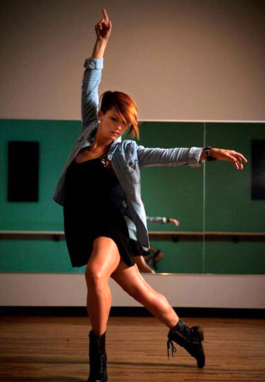 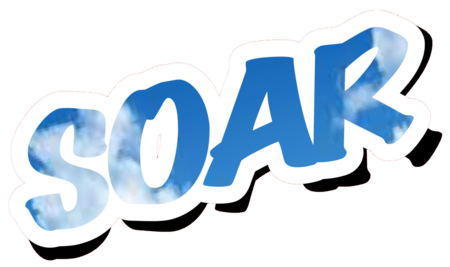 ​     Rory Freeman has most recently been seen as a Featured Dancer

on the hit television shows America’s Got Talent, as ​well as performing

on The Ellen Degeneres Show with Travis Wall’s Shaping Sound.  This

is his 3rd season touring with the company. He has had the honor of

working with some of the top music artists such as: Taylor Swift,

credits include: Taylor Swifts’ “Shake it Off’ and Paula Abdul’s’

create a number as part of the Opening Ceremonies for the

Winter Olympics. Rory is blessed to have been able to perform

all over the world with the world renowned dance company, MOMIX.

from SUNY Purchase (NY) in 2010. This gave him the opportunity to perform pieces by Bill T. Jones, Paul Taylor, Bella Lewitsky, and Luca Veggetti.  Rory is a part of the faculty and judges for various national conventions and competitions. He has taught & choreographed at numerous studios across North and South America. Rory is also the Co-Founder and Co-Director of Move: The Initiative 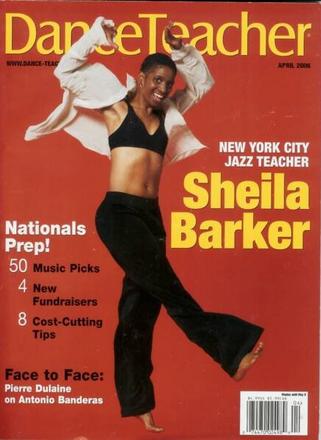 Peter Chursin is originally from San Francisco, CA and recently performed on the Twyla Tharp Dance 50th Anniversary Tour. He was a recurring company dancer in the STARZ miniseries Flesh & Bone. His theater credits include On the Town and West Side Story on Broadway;  The Music Man- "Tommy Djilas" (TUTS), Nikolai and the Others (Lincoln Center) and Wicked-"Chistery"

(1st National Tour and Los Angeles Company). He has worked

on the workshop creations of An American

in Paris with Christopher Wheeldon and Hello, Dolly! and

Something to Dance About with Warren Carlyle.

He performed with Complexions Contemporary Ballet,

Barak Ballet and has had the opportunity to work as a

freelance dancer internationally. He has appeared in

numerous television shows and films including

America's Got Talent, State of the Union with 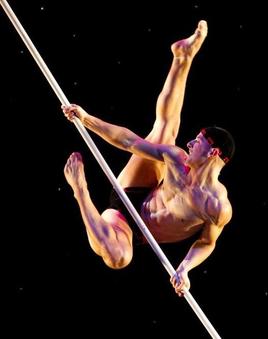 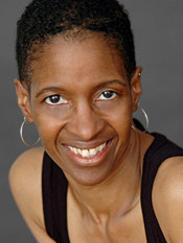 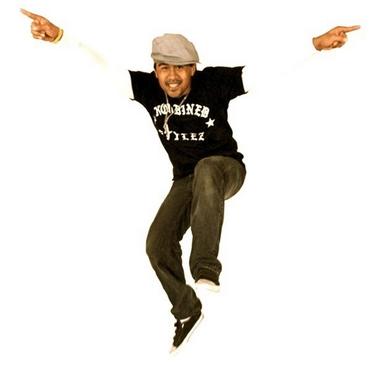 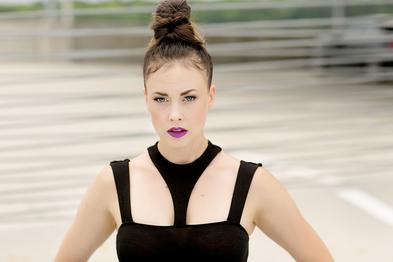 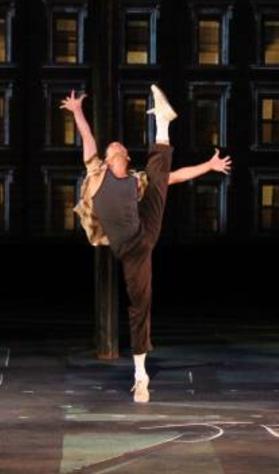 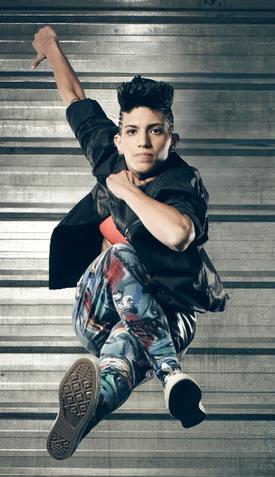 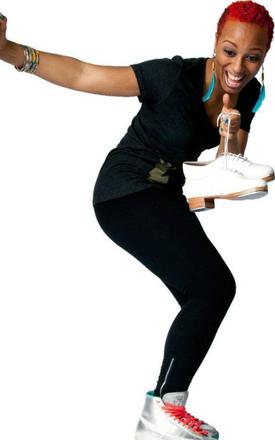 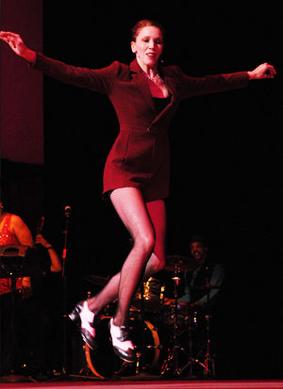 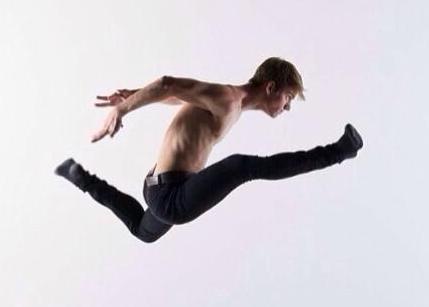 Akexandria comes to us directly from the stage of Broadway's

"Shuffle Along, Or The Making Of The Musical Sensation Of 1921

And All That Followed" wherein she shared the stage with Broadway

A native of Flint, MI, Alexandria is a practitioner of music. She

expresses her love and knowledge through her voice and feet. She

has been singing and tap dancing all of her natural born life. Blessings

Winter Olympics, The Nijinski Awards Show in Monaco, France and

other performances throughout the country. She performed as a vocalist/

tap dancer in the Atlanta, GA production of “Bubblin’ Brown Sugar” starring Diane Carroll.
She was an adjunct professor of tap dance at Queens College and Long Island University. Alexandria is also a co-director of the “Tapology Tap Festival For Youth” in Flint MI along with her sisters and father. She is inspired and gives respect and honor to Ella Fitzgerald, Sarah Vaughn, John Coltrane, Bill “Bo Jangles” Robinson, Gregory Hines, and other innovative artists who have ascended to a higher existence. 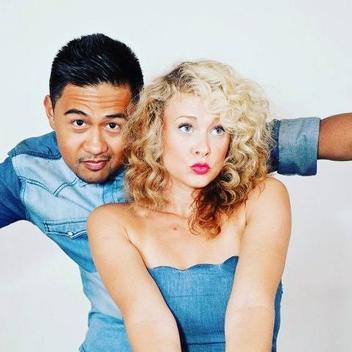 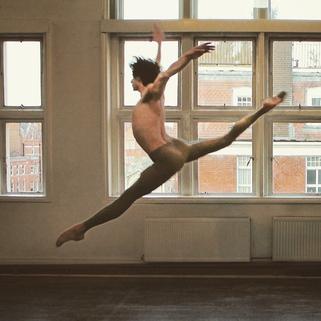 In 2008, Danielle Lance created "On the DL". They are a fusion of unique contemporary movement with the fundamentals of hip hop technique - a duet that challenges the misconceptions of a true blend of contemporary movement with authentic hip hop dance. Together they travel across the country and overseas to teach master classes, and choreograph unique compositions. During the summer of 2013, Danielle and Lance wrote, directed, and choreographed an original theater-dance production entitled, “Working America”.  Their work has also been performed in shows in Los Angeles, California, Las Vegas, Nevada, New York City, Orlando, Florida and other parts of the country. 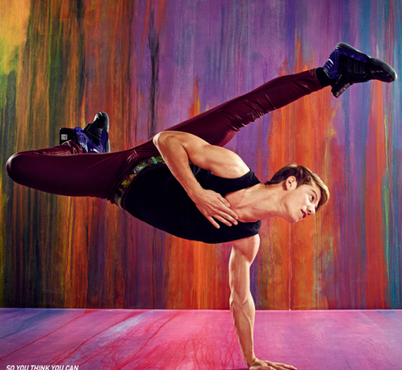 Nico grew up training as a competitive dancer, receiving numerous awards and titles in nationwide competitions. At the age of 18 he auditioned for Fox's hit TV series "So You Think You Can Dance" season 10, becoming a top 5 male finalist. After his successful run and a nationwide tour with the top 10 contestants, Nico moved to Los Angeles to pursue his career. At the age of 19, Nico relocated to New York City to fill his role as Darcy/Jojo in Disney's hit broadway show "Newsies". Once the

moved back to LA to pursue film

on networks such as ABC, NBC,

HBO, FOX and has danced on 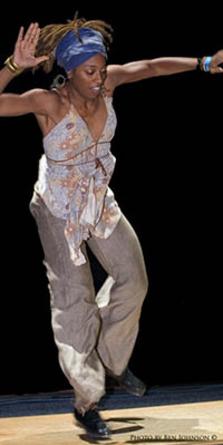 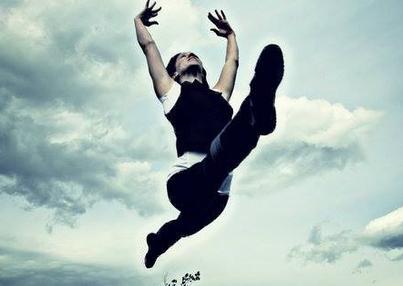